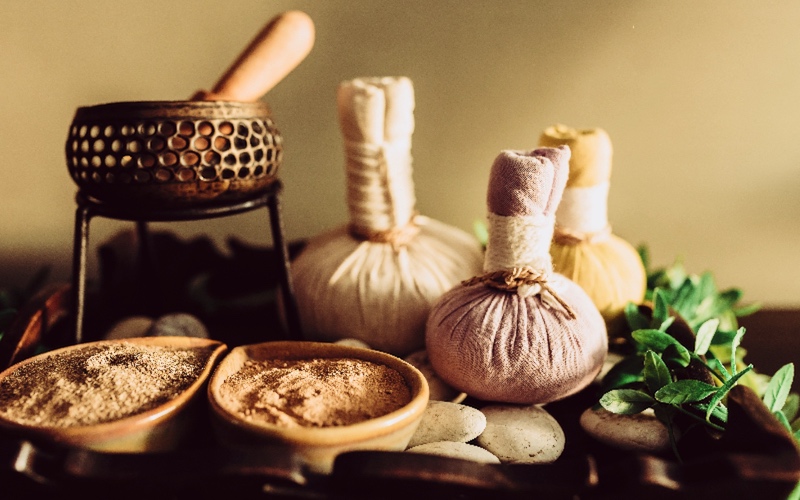 If one has to write the greatness of India, it will take volumes and yet unfinished, since an inner feeling rocks our mind that something is missing that we failed to mention about this great nation and its glory.

Ayurveda, the age-old Indian medicine is one such subject that we are so familiar, and yet information big or small always trickles about this which speaks volumes of our traditional medicine, great Ayurveda Physicians, healing properties of Ayurveda, and much more which has benefitted mankind from time immemorial.

Let our mind wander to the golden age of the four great Vedas. Atharva Veda one of the four Veda devotes about Ayurveda in detail and Ayurveda is inspired by Dhanvantri the Hindu God of Medicine, just like Goddess Saraswathi Hindus worship for wisdom and learning. The inspiration of our ancestors who held nature in its pristine purity helped greatly Ayurveda that nature has given in abundance the endless availability of fruits, spices, barks of trees, flowers, roots of plants, and many more that have helped in curing many ailments.

The making of Ayurvedic medicines is a lengthy process and the ingredients are selected to achieve the desired results so as to pass on to the patients with an eye on quality. Those were the days when only selected wood was used to heat the utensils wherein the medicines could last long without losing the properties. Maybe, this could be why some people feel that ayurvedic medicines are costlier.

The efficacy of Ayurveda is visible to the eyes and its endless applications with its healing touch has prompted many to go in for traditional medicines rather than being loaded with chemicals with many side effects. Ayurveda goes deep searching for solutions for them any ailments of the human body that is caused by stress, tension, a host of diseases like Diabetes, liver problems, heart attacks, cancer, and the list goes on. The dumping of junk food has complicated this scenario. The modern world is quite aware of the dangers posed by excessive indulgence in junk food.

Ayurveda identifies our ailments due to imbalance of three doshas {vata, pita, and kabha} and advocates strict food control that helps the body to regain its normal health aided by ayurvedic medicines that are loaded with natural herbs, pure cow’s ghee and other ingredients like jaggery, etc.

The science of Ayurveda

Not for comparison but for clarity. While the western world has reached milestones in areas like heart surgery, kidney transplant with amazing results and accuracy, Ayurveda depends on the holistic healing for major ailments and hence time consuming. All it needs is patience and faith in the system. The western world lays great emphasis on clinical analysis, surgery for various ailments and based on these findings the Physician arrives at a conclusion to proceed with the treatment and their contribution is worth mentioning. Even though our’s is time stretching, the results are encouraging with our limited resources and thus Ayurveda has profound influence even in the Western world where everything scientific is decided in modern labs with an eye on precision and wider acceptance of the medical community. Now the western world has understood the greatness of Ayurveda.

Sushruta, a colossus in Ayurveda

We did have great Ayurvedic Physicians and the earliest reference of Indians having performed surgery goes 2ooo years back when the great Sushruta [credited to be the world’s first surgeon] performed surgery and just remember the period when he had to perform such feats with some naturals tools and based on his judgment of the patients.

Charaka who studied at the famed center of Takshashila greatly contributed to ayurvedic practice and its popularity. Many followed them and enriched this system.

They are made for each other and the heavy dependence on forest cover has got some drawbacks too. The reckless felling of trees and climatic variations has had a telling effect regarding the sourcing of valuable herbs. New trees and flowers and fruits till day unknown to man are found hidden somewhere and not all of them are not within our reach. These valuable trees probably could be a panacea to some unknown diseases that are threatening our own existence in this modern world heavily dependent on chemical-based tablets and syrups.

Viruses like Corona are testing the patience and happiness of our people. We as a nation are affected and Doctors have renewed their efforts for a permanent cure to Corona virus. Ayurveda will not lag behind and soon a cure for this virus will be found.

The Panchakarma treatment for cleansing of toxic elements from the body has charmed the western world and more and more people are opting for this treatment for boosting their body immunity levels. While this type of oil massages are not new for Indians, westerners find it very beneficial and hence the popularity of traditional oil massages is on the steady graph.

Even though Ayurveda may not be a match for western methods of laboratory analysis and modern methods of surgery, there are some who advocate a balanced approach incorporating both Western and Ayurvedic style of treatment for some ailments. This has worked out well for some diseases like Arthritis, gastric problems, UTI etc., As said earlier, our world is threatened with new diseases. As we struggle to find a solution to some, new diseases crop up somewhere and our challenges intensifies. The future holds great promise for Ayurveda venerated by our sages and who follow in strict accordance with its cherished ideals for a healthy world.