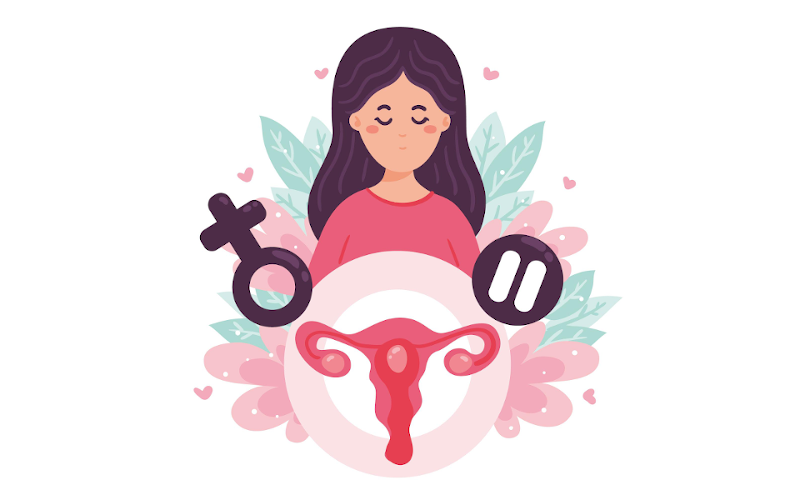 Cervical erosion means a condition in which cells inside the cervix develop outside it and form a red, inflamed patch. It occurs when glandular cells start to grow on the outside of the cervix. That means the squamous epithelium of the cervix is replaced by columnar epithelium. Nowadays it is common among women of reproductive age. Women with cervical erosion experience vaginal discharge, itching, dyspareunia, low backache, etc.

In Ayurveda, this condition can be called Garbhashayamukhagata Vrana or Karnini Yonivyapada. The main treatment is known as Ksharakarma using Apamarga Kshara. The treatment with Apamarga Kshara is well explained by Acharya Sushruta. Sushruta says that the vitiated Kapha along with Rakta produces Karnika in the yoni.

According to Acharya Charaka due to straining during labor in the absence of labor pains, the Vayu obstructed by fetus, withholding Kapha and getting mixed with Rakta produces ‘Karnika’ in the yoni, which obstructs the passage of Rakta (raja). Due to the presence of Karnika, this condition is termed as ‘Karnini’. Apamarga can enhance the reduction of severity of the condition and gradually lead to the complete cure of the disease. In Ayurveda, two varieties such as red Apamarga & white Apamarga are mentioned. Both types possess equal medicinal properties. It is described as purgative, pungent, digestive, remedy for inflammation of internal organs, piles itch, abdominal enlargements & enlargement of cervical glands.

Symptoms of cervical erosion may include,

Some women are born with cervical ectropion. The following factors might also contribute:

In the modern era, cervical erosion is common for women of reproductive age. Some of the causes are hormonal changes, taking birth control pills, pregnancy, age, etc.

Apamarga Kshara is an alkaline Ayurvedic medicine, in powder form. It is prepared from an herb called Apamarga. (Prickly Chaff-flower) It has sharp, hot, slimy, smooth pain-relieving properties. It is used for the treatment of cervical erosion.

In Garbhasayamukhagatha Vrana, (cervical erosion) Ksharakarma can be done by using Kshara of Apamarga (Achyranthes Aspera Linn.) Usage of Apamarga Kshara followed by yoni Pichu with Jatyadi taila in Garbhasayamukhagatha Vrana showed quick relief from the same. It is due to the strongly alkaline nature of Apamarga Kshara and it brought the destruction of superficial cells of the eroded cervical area followed by sloughing off of unhealthy tissue.

After taking written informed consent, the patient was given lithotomy Position, preparation of part was done using Savlon and betadine and cervix were exposed using cuscos speculum, Apamarga Kshara was applied with a cotton swab stick over the eroded cervical area and was kept in contact for 2 minutes. Thereafter yoni prakshalana(An Ayurvedic Therapy) was done with panchvalkala kwatha(Ayurvedic wound healer) followed by jatyadi taila picchu (tampooning).

The Apamarga Kshara was found strongly alkaline in reaction (pH = 10.44) and hygroscopic. It has,

The Ayurvedic management of cervical erosion is effective through the Kshara karma using Apamarga. The procedure and mode of action are almost equivalent to Allopathic surgical management.

Ksharakarma and the drug used to perform the procedure (Apamarga) have an equal role to enhance the complete cure condition.

Kshara karma has the power to clear the damaged epithelial cells and the presence of components like tannins, flavonoids, antioxidants, etc in Apamarga to improve the healing process.

As per Ayurveda Kshara karma seems to be a safe, easy method, short procedure, cost-effective, fewer chances for complications, and re-emergence of the condition. So the controlled cauterization by Apamarga Kshara is very effective in the management of cervical erosion.

All the information mentioned above is collected from various Ayurvedic texts. Always seek the advice of your Ayurvedic doctor before starting any herbs or herbal treatments.