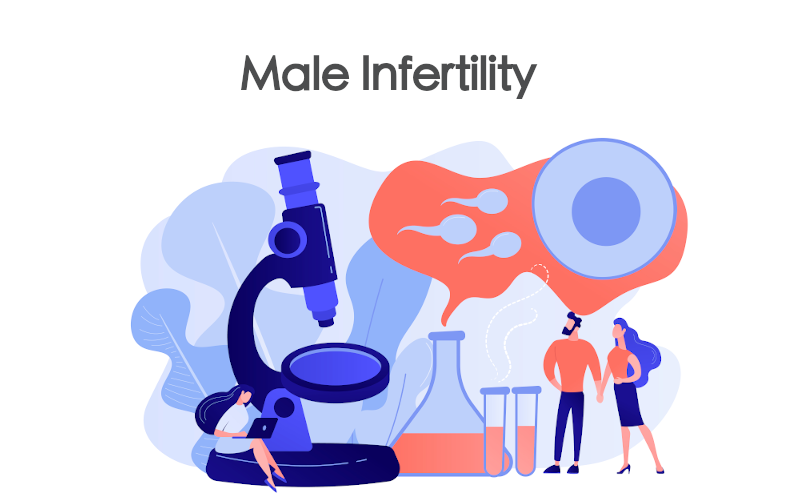 Ayurveda, the Science of life has given due importance to the process of procreation. Infertility is one of the major issues faced by couples in the modern era. It is defined as the inability to achieve pregnancy after one year of regular sexual intercourse without any contraception.

Current data reveals that about one-third of all infertility cases are due to male factor defects. Male infertility can be defined as any health issue in a man that lowers his chance of impregnating a fertile female partner.

According to Ayurveda, Oligospermia can be correlated with ‘Shukra Kshaya”.Low sperm count, also known as oligospermia, is one of the common causes of infertility in men which is characterized by a low sperm count in their semen. It is defined as a condition of suboptimal concentration of spermatozoa in the ejaculated semen to cause successful fertilization of an ovum.

Ayurveda recommends a very effective, holistic, and wide range of treatment modalities for curing Oligospermia. Hundreds of formulations, herbs and recipes, a variety of Panchakarma, and rejuvenation therapies are advocated to achieve the qualities of semen.

Some of the symptoms of oligospermia are given below:

As per Ayurveda, oligospermia may be correlated with Kshina Shukrata. In this condition the sperms are not able to fertilize the ovum. Kshina Shukra (weak sperm) or Shukradushti (Impaired sperm) may arise due to the vitiation of doshas, especially Vata.

Some of the possible causes of oligospermia, including the following:

Ayurveda is an ancient and holistic approach to treat various diseases properly. Similarly, male infertility due to Oligospermia is one among them. Some of the Ayurvedic treatments are the following:

Regular exercise, yoga, and eating balanced meals help in keeping the mind, body, and soul balanced. Include the following Yogasanas in your daily yoga practice.

A special branch of Ayurveda developed to treat infertility issues is Vajikarana. Some of the Vajikarana Dravyas include:

To protect your fertility, avoid known factors that can affect sperm count and quality. They are:

Foods that can Boost Sperm Count

There are a lot of foods that can boost sperm count and some of them are listed below:

Zinc plays a huge role in the production of sperm cells. Foods such as barley, beans, and red meat are rich in zinc and should be included in your diet to have a higher sperm count. The deficiency of zinc can even lead to a decrease in sperm motility, reducing fertility.

The following foods are beneficial in the treatment of varicocele:

In Ayurveda, Oligospermia is a pitta-related condition. When the pitta gets imbalanced, it leads to excessive loss of Shukra Dhatu. The treatment pacifies the aggravated pitta dosha and the supplements naturally increase the number of healthy sperms and their mobility, to allow a male to father a child.

The above-mentioned information is collected from various Ayurvedic resources. The treatment rules may change based on a person's body nature. So always take the advice of an Ayurvedic practitioner before starting any Ayurvedic techniques and diet.